Most people do not appreciate the complexities of a conflict of interest. The conflict can affect many business decisions. Can you hire a relative? Can I buy goods from my best friend? Can I retain the services of my wife’s brother? “Yes” can be the answer to the question if the correct process is followed. A Conflict of Interest policy outlines this process.

Risk Assessment is the foundation of a Conflict of Interest policy. This is to ensure you consider all potential risks.

You need to adopt the 5W and 1H approach to developing the policy: “who”, “when”, “where”, “what”, “why” and “how”. This will ensure you address all areas as part of your risk mitigation process.

The conflict of interest can either be incorporated into a Code of Conduct or it can be a standalone policy. Any action needs to address two key aspects: “Actual” and “Perceived”. The latter can be difficult to appreciate as parties tend to consider the “perception” from their perspective rather from what other persons may “perceive”. A good approach is to ask parties to reflect on the “Sunday Paper” test. How would they respond if the conduct was splashed across the front page?

There is a need to conduct regular training programs across your organisation. It is important to provide specific training to purchasing and HR Departments due to the greater risks.

The program should incorporate interaction with employees while discussing scenarios. The policy should include a reporting protocol, so persons are able to raise any concerns.

If a legal firm conducts a workplace investigation, does that investigation attract legal professional privilege?

There was an argument relating to the production of the investigation report to the Fair Work Commission. The Council argued the report was subject to legal professional privilege because the dominant purpose was to obtain legal advice or legal services in relation to a proceeding.

Commissioner Wilson highlighted the mere fact that a law firm conducted the investigation did not attract legal professional privilege. He stated the focus of the investigation and subsequent report was on the allegations raised by the complainant. It was an investigation into workplace conduct in accordance with the Council’s policies/procedures.

Commissioner Wilson determined the predominant purpose of the investigation was to inquire into the complaints made by the employee. It was to “test” if the code was breached and if so, hold the transgressors to account.

He further determined the investigation report was not covered by legal professional privilege and was required to be produced before the Commission. #investigation #legal_professional_privilege

Employers must act appropriately when investigating allegations of misconduct. The application of procedural fairness is essential when conducting such investigations.

Mr Deng was, at the relevant time, employed as a Mobile Lending Manager with Westpac. Westpac terminated his services because of breaches of the Code of Conduct, the Westpac Group Technology Code of Use, and Mr Deng’s attestation certificate.

The Commission considered the investigation process. It was determined Westpac sent a letter to Mr Deng advising him to report for an interview the following day. The interview was deferred one day to allow Mr Deng’s wife to act as a support person. The letter included limited advice as to the alleged misconduct.

He was interviewed for five hours with only two short breaks. Neither he nor his wife were offered any food, tea or coffee during the interview process.

Approximately five weeks later he received a notice of advice of intention to terminate employment. This notice addressed, in detail, eight allegations reaching a determination that each one had been substantiated.

He was given one day to respond to the letter. He did so and provided a further explanation as to his conduct.

Commissioner Riordan determined Westpac did have the right to terminate employment. However, the Commissioner highlighted inappropriate conduct by Westpac employees. He referred to the interview process as a “Star Chamber”. The investigation process was, in his opinion, “flawed”. He highlighted that the investigator did not make any enquiries relative to any information provided by Mr Deng.

The Commissioner highlighted the lack of procedural fairness. He stated the method of interview (five hours without a substantive break) was inappropriate. Providing only one day for Mr Deng to respond to the “Intent to terminate employment” notice was not in accordance with procedural fairness.

The Commissioner highlighted that “innuendo and assumption are poor substitutes for primary evidence”.

The Commissioner directed that Mr Deng should be reinstated.

This decision highlights the complexities of conduct investigations. They should only be conducted by experienced personnel who are fully aware of the evidentiary requirements, the need to explore all relevant avenues and the essential need to provide the respondent with procedural fairness at all stages of the investigation.

ACCA is experienced in these investigations and can provide independent advice and expertise. When Governance means “nothing”
You want to invest in a company – the first thing to examine is the financial records of the company. Just how solvent is the company? What does the future hold 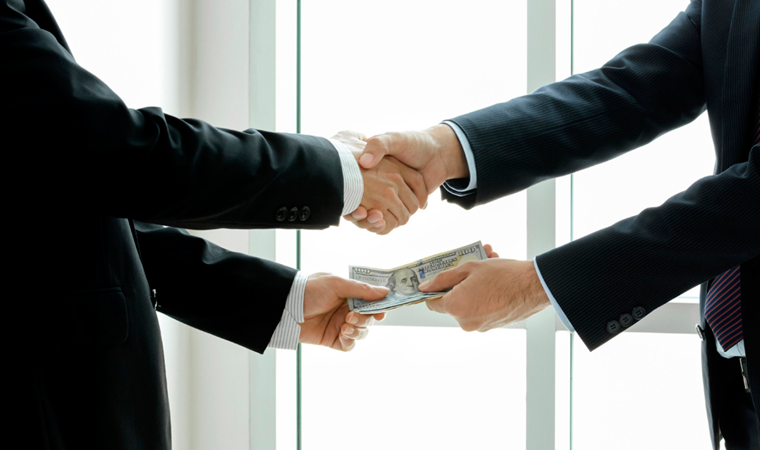 The World Bank conducts regular surveys on the ease of doing business in various countries (see http://goo.gl/dctDn). The “ease” relates to the amount of gates that have to be opened before the business is established.,