Fraud and corruption can destroy a company by tearing out its financial heart. ACCA will work with you to identify any weak spots in your structure and develop policies and procedures to minimise the impact of fraud and corruption. 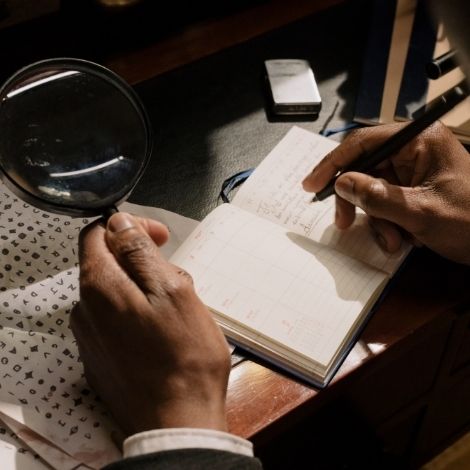 Mick Symons (far left on UN hosted anti-corruption panel in Sebia) has extensive experience in law enforcement and working with the Independent Commission Against Corruption (ICAC) in New South Wales.

The driving force behind Anti Corruption Consultants Australia (ACCA) is Mick Symons. He has extensive experience in law enforcement and working with the Independent Commission Against Corruption (ICAC) in New South Wales.

In the course of his service with the South Australia Police he was in charge of various areas including the Major Crime Investigation Branch with a responsibility to manage investigations into major crimes including homicide, rape, and child sex offences. He was also in charge of the Anti Corruption Branch with the responsibility to manage investigations into Public Sector corruption.

As the Executive Director of the Investigation Division for ICAC he had oversight of all investigations conducted by the Commission. In the course of his term with ICAC he managed more than 300 preliminary investigations and more than 50 major investigations (Operations) into allegations of corrupt conduct within the Public Sector of New South Wales.

He has engaged in an extensive self development program and has qualifications in Law (with Honours), a LLM, an MBA, Graduate Diploma in Fraud Investigation and other tertiary qualifications. He was a Visiting Fellow at the Crawford School at the Australian National University and lectured in the area of corruption investigation and prevention to visiting delegations from various countries including Iraq, Vietnam and India. He also lectured at the Post Graduate Certificate in Corruption Studies at the Hong Kong (SPACE) University. Mick has also presented at national and international seminars on various topics relating to corruption and fraud.

Mick regularly conducts three-day Master Classes in fraud within the procurement process and public sector corruption. He is also an accredited trainer with Forensic Interview Solutions where he is involved in training in the PEACE Model of interview techniques. Mick also provides training in conducting internal investigations. Mick also engages in probity auditing of procurement processes for a number of government agencies and private companies.

ACCA can provide training at all levels of investigation. Mick Symons has been investigating matters for over 30 years.

It is important for any business to have guidelines for employees for normal business practices as well as potential ethical dilemmas.

The Association of Certified Fraud Examiners have identified asset misappropriation as the greatest risk to a business.

In need of Assistance? Get in contact with us for a free consultation.

Anti Corruption Consultants Australia is a specialised and personal firm. It provides a personalised service to ensure the client receives specific attention to detail relating to their exact requirements. Fraud and corruption can destroy a company by tearing out its financial heart. ACCA will work with you to identify any weak spots in your structure and develop policies and procedures to minimise the impact of fraud and corruption. Together we can bullet proof your organisation.

ACCA can provide a safety audit of your company to show you how to implement checks and balances to introduce procedures to reduce the potential for fraud and corruption or other potentially destructive activities such as bullying and sexual harassment. ACCA has the skill base to investigate a wide variety of activities.

The focus of our involvement is on issues with the potential to impact on your organisation either financially or in the media. These reviews may identify breaches of the Code of Conduct or the law. Most importantly, they will provide you with an assurance you have processes in place to protect you.

In the course of any investigations, you will receive regular progress reports and recommendations as to what action you should take to rectify any identified issues. If the investigation identifies criminal conduct then ACCA, with your permission, will liaise with the police or other appropriate authority to ensure the matter is investigated and evidence is obtained to meet stringent legal requirements.

Various surveys across national and international companies from small to large highlight the disastrous impact of fraud or corruption on the reputation and financial stability of the company. It is important you take action to bullet proof your company – ACCA can help you achieve this.

The Hydra is the logo of Anti Corruption Consultants Australia. According to Greek legend the Hydra was the second of Hercules’ tasks. He had to kill this multi-headed monster before moving on.

One of the distinguishing features of the hydra was the ability to grow another head every time he cut one off. He was not winning the battle until his chariot driver came to his assistance by cauterising the wound preventing the head from growing again.

However, Hercules was unable to kill the Hydra because no matter what he did he could not destroy one head – it kept growing back. Hercules and the chariot driver worked together. They dug a hole and when the head was cut off it flew into the hole and they rolled a boulder on it preventing the head from attaching itself to the Hydra.

The Hydra represents corruption – you keep cutting it out but it grows back. You have to work together to introduce preventative measures in order to restrict the impact of corruption.

The motto of Anti Corruption Consultants Australia is “Justitia ex Vero”. This is Latin for “Justice from Truth”. It is easy to make an allegation of corruption – the taint clings to a person or organisation. However, an investigation with the goal of ascertaining the truth will either prove or refute the allegation. There have been many occasions when a person’s reputation or an organisation has been destroyed through unfounded allegations of corruption. The investigations conducted by ACCA will ascertain the truth.